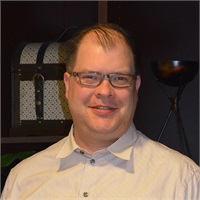 Jay See has worked in the finance industry since 1993. In his current role, he is charged with the oversight of all Compliance issues for PCRG. Jay has passed the FINRA Series 7, 63, 24 & 99 exams.

Jay is a Seattle native, raised in the Ballard community, and is a third generation graduate of Ballard High School. Jay earned his Associates degree from Shoreline Community College in 1994 and his Bachelor’s degree in Business Administration from Washington State University in 1996.

Jay has always believed in the premise that in order to make the community a better place, one must take action. Jay’s passions include bettering our community’s future by supporting educational causes. Jay currently serves on the Board of Directors for Graduate Washington PAC and the Ballard High School Foundation. He has previously served on the Board of Directors for the WSU Alumni Association and as President of the WSU Greek Alumni Organization. In addition, Jay volunteers with Seattle Works, American Cancer Society, the Municipal League of King County, and the WSU Alumni Association – King County Chapter.

Jay’s other passions and interests include spending time at his family’s vacation home on Whidbey Island, wine, travel, Sounders Soccer, and all things Cougar.