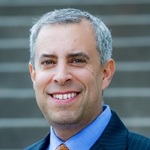 Walter Young is a Wealth Strategist with Pacific Capital Resource Group, Inc. in Seattle, Washington. He began his career in the financial services industry in the early 1990's serving as a portfolio and 401(k) adviser for a boutique advisory firm in San Francisco. Following earning his MBA, Walter took a break from financial services and worked for Deloitte Consulting. During his tenure at Deloitte Consulting, Walter began to see that financial strategies implemented by the best run corporations had a heavy emphasis in reducing overall risk and opportunity cost, while maximizing cash flow for shareholder value. He immediately drew the parallel that individual households would benefit greatly by the same strategies. If individual households can run their homes in a similar fashion, individual households may gain the same efficiencies that may very well determine their financial success.

Since that time, Walter has developed a unique approach that puts these lessons at the forefront of strategy for individuals and small business owners. His unique blend of individual and corporate finance experience has produced a unique way of looking at an individual’s financial situation. He begins every relationship with the same concept “If you were a business, would you invest in you?”

Walter has become a specialist in economic-based planning theory and is a thought leader, helping clients develop a cash flow centric strategy that helps position them to have better retirement income streams.

Walter is an industry speaker, both nationally and internationally, as well as a trainer, panel advisor, and recipient of numerous industry awards. He serves on the board of advisors for industry selling systems and is a regular contributor to the advancement of cash flow centric planning modules.

Walter lives in the Seattle area and is married with three children. He enjoys coaching his children’s sports and being an active member in his community.